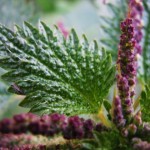 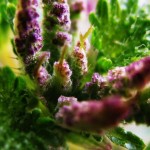 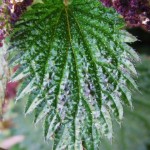 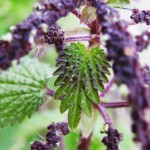 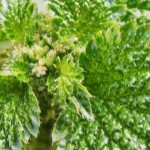 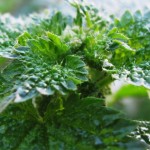 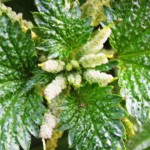 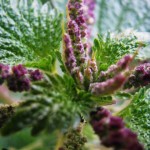 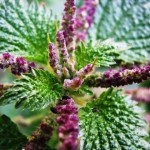 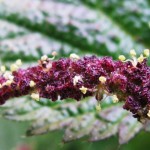 Habitat: Fertile soil, sunny to shady areas. It is a perennial plant. Nettles can be picked in early spring when the leaves are tender, later in the summer the leaves will become large and tough. To harvest nettles, gently pinch or cut the stem. If you cut down the stalks regularly it will reap new tender shoots all summer. Nettle should not be picked right at the manure heap; the high nitrogen content may cause discomfort. The fruits can be picked in July-September. Use gloves to avoid getting burned.

Uses:
Medicinal uses: This plant has a multiplicity of actions and uses. Urtica dioica has shown hypertensive activities. A study showed that treatment over 14 days increases urine volume and decreases systolic blood pressure (Bisset 1994). The polysaccarides and large molecules known as lectins have shown to have stimulating properties on the immune system (Foster et al 2006). It has mild astringent and general nourishing, tightening and strengthening actions on the blood vessels, helping maintain arterial elasticity and improving venous resiliency, hence it may be used to prevent and reduce varicous veins and hemorrhoids. The Vitamin K content of the plant is thought to be responsible for the anti-hemorrhagic property of the plant (Mills et al 2001). In clinical trials, the flavonoids content have shown to exhibit diuretic actions (Foster et al 2006) and has also shown anti-inflammatory and anti-allergy actions probably due to the flavonol glycosides quercitin (Mills et al, 2001). Quercetin has demonstrated significant anti-inflammatory activity because of direct inhibition of several initial processes of inflammation. For example, it inhibits both the manufacture and release of histamine and other allergic/inflammatory mediators. In addition, it exerts potent antioxidant activity and vitamin C-sparing action. Mucillage, Glucokinin (allegedly responsible for “anti-diabetic activity”) has been reported, but its presence in the plant is controversial (Bissets et al, 1994). It is used for diabetes, cancer, eczema, rheumatism, gout, prostatitis, blood cleanser and hair loss. Other medicine applications include wound healing, treatment of scalp seborrhea and greasy hair.
It is very useful in various problems occurring in pregnancy although there are controversial opinions on using Urtica in pregnancy: according to some texts Urtica dioica is claimed to stimulate uterus and affect menstrual cycle, but there does not seem to be any evidence regarding  this claim; in Simon Mills and Kerry Bones publication Principles and Practice of  Phytotherapy it writes that “no adverse effects expected during pregnancy and lactation”; Thomas Batram and Susan Weed recommend this plant for mineral deficiency related problems in pregnancy; Westfall’s study Galactagoue herbs: A qualitative Study and Review reported in the Canadian Journal of Midwifery Research and Practice 2003, 2 (2): 22-27, claims that Urtica dioica has proved galactagoue properties. The combination of  Vitamin C and iron content in the plant makes the iron assimilation very effective. The calcium and potassium content of the plant makes it a useful prevention for disturbance such as pre-eclamsia or metabolic toxemia which is a most serious complication in pregnancy (Weed 1986).  Nettle could definitely be included among other nutritive supports as preventive tool.
During pregnancy the kidneys have to process 50% of the normal blood volume and urinary system becomes more vulnerable to stress and infections specially during the last trimester, Urtica dioica has the reputation of strengthening, nourishing and supporting the urinary tract and kidney (Weed 1986). Urtica dioica can help forestall gestional hypertension. The anti hemorrhagic action can decrease likelihood of postpartum hemorrhage, although this has not been scientifically proven traditional use has confirmed its effectiveness (Weed 1986).
Other uses: Can be eaten as vegetable, in nettle soup. The nettles can be dried, can be used fresh or frozen. If they are used fresh or be frozen, they should be blanched, this will make  the burning liquid found in the leaves evaporate. Nettle can be used to make cheese. Nettle can be used as dye. The fibers of nettle can be used to make fabrics.

Dosage: 30g three times daily as hot infusion of the dried herb or 3ml as tincture three times daily before meals. Nettle can also be cooked as a vegetable. The powdered dried plant can be used as nose sniff in case of nose bleeding or applied externally to bleeding wounds. 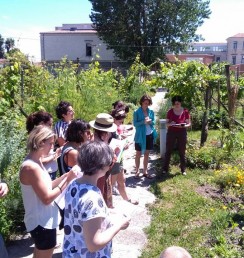 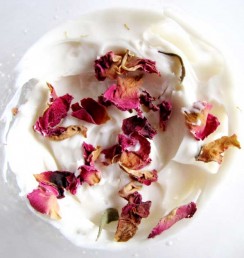 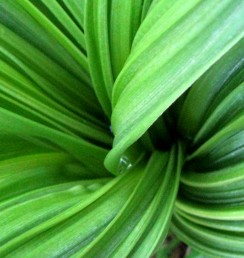